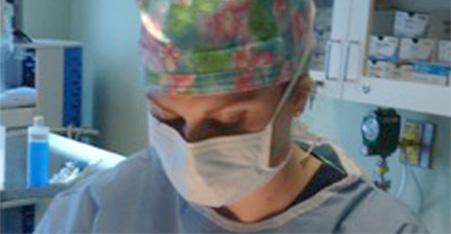 Dr. Seanna Swayne graduated from the Ontario Veterinary College at the University of Guelph with distinction in 2004. She then completed a small animal rotating internship at The Ohio State University, a small animal surgical internship and 3-year ACVS surgical residency at the Veterinary Emergency Clinic in downtown Toronto. Dr. Swayne attained board certification in 2013 with the American College of Veterinary Surgeons.

Dr. Swayne worked with the surgical teams at the Mississauga Oakville Veterinary Emergency Hospital and the Central Toronto Veterinary Referral Clinic. She has also been travelling to Sudbury to perform elective surgical procedures at Walden Animal Hospital with Jenny Gibbons, RVT VTS (anes).

Dr Swayne lives in Milton with her husband, son and fur family including a black cat named Radar and a mixed breed dog named Jack. Outside of her career, she is an avid Crossfitter, hockey player and enjoys paddle boarding and downhill skiing. 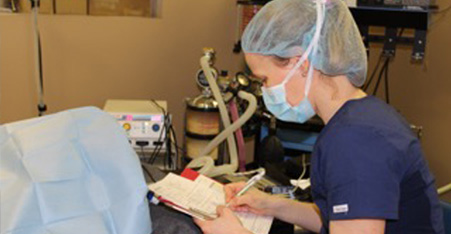 Jenny Gibbons graduated, with Honours, from the Veterinary Technology program, at Ridgetown College in 2001. She worked at Lawson Research in cardiac imaging and the University of Western Ontario in neonatal research. Jenny then moved to Toronto and worked at the VEC initially as an emergency technician and in 2003 she began working with the surgery service. In 2011 Jenny began working at CTVRC.

When not anesthetizing pets, Jenny enjoys sailing (racing and cruising), running, spin and yoga classes and is taking culinary arts courses at George Brown College. She has a geriatric tabby named Andy and a slightly overweight step-cat named Rumple. Both of whom, she adores!